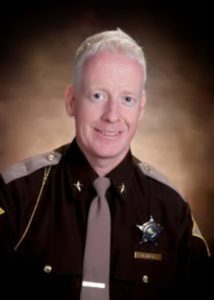 With one out of every 10 Americans practicing yoga today, some local jail inmates may soon join their ranks.

Several Bartholomew County officers, as well as judicial and drug treatment officials, have been asked to take part in a three-day training session this month for a program called Prison SMART (Stress Management and Rehabilitation Training).

Besides corrections staff, others invited to undergo nine hours of training include judges Kelly Benjamin, Jim Worton and Kathleen Coriden, as well as Jeff Jones, executive lead of the Alliance for Substance Abuse Progress in Bartholomew County.

If participants feel a sufficient number of inmates might benefit from the breathing and meditation techniques that have been proven to reduce stress and anger, Prison SMART could be implemented at the Bartholomew County Jail, Sheriff Matt Myers said.

If approved, local tax dollars will not be used, Myers said. Instead, funding would be sought through grants and private donations, he said. Inmate commissary fees could also be tapped, the sheriff said.

Prison SMART is largely derived from techniques associated with Sudarshan Kriya Yoga, one of a broad variety of disciplines utilized by what Forbes Magazine estimates are 36.7 million yoga practitioners in the United States.

Until early February, Myers said he had never heard of Prison SMART.

But after hearing a presentation from Raja Hebbar of the Art of Living Foundation and his wife, Seymour audiologist Usha Hebbar, Myers said he became interested.

“Now this is thinking outside the box,” Myers said. “But if people have an open mind, are willing to listen, and try a program like this, it might be worth it.”

During the presentation, the sheriff learned that Prison SMART has been successfully utilized at the Edinburgh Correctional Center, the Madison Juvenile Correctional Facility and at the Indianapolis Re-entry Educational Facility.

On a wider scale, the program has reached about 20,000 inmates and corrections staff in the U.S., as well as jails and prisons in more than 60 countries worldwide, the sheriff said.

While doing his own research, Myers learned that yogic breathing, defined as a manipulation of breath movement, has been shown to positively affect nervous system imbalances, as well as psychological or stress-related disorders.

“My hope is that it decreases the number of times that inmates act out,” Myers said. “This could be very instrumental in keeping my staff safe.”

Prison SMART also could improve the quality of life for friends and family members of former inmates, Myers said.

“If they remember these techniques that help prevent them from doing something they shouldn’t do in times of stress and anger, won’t the home life of everyone in that family be better?” Myers asked.
Prison SMART overview

Prison SMART (Stress Management and Rehabilitation Training) uses advanced breathing practices designed to have a cleansing effect on the body and mind.

After taking a course two hours a day for five consecutive days, participants learn how to gain relief from the accumulated effects of stress and negative emotions.

The following benefits have been reported by numerous correctional facilities:

The program has been added by the Federal Bureau of Prisons as an accepted evidence-based program.

Author: Mark Webber, a reporter for The Republic. He can be reached at mwebber@therepublic.com or 812-379-5636. 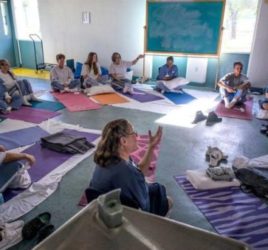 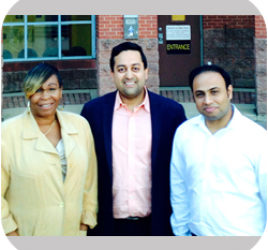 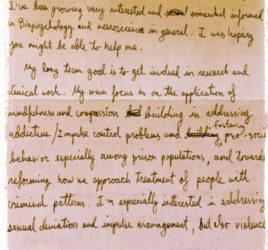